This was the date the Alameda County “Shelter in Place” order came into effect.  I thought the situation was potentially serious, but this was the first indication that people in government were actually spooked.

I made a light commitment to take photos every day, mostly walking around the neighborhood.  I’ll post some of those pictures over the next few days.

I make coffee here every morning. If you look closely, right behind the hopper for the coffee grinder there is a small memo book, the “Coffee Station Log”.  The March 4 entry reads, in part: “…coffee is supposed to last until we leave for the NY-Barcelona cruise on April 16.”

I read that this morning, on March 20, not quite three weeks after I wrote it.  Things are happening so fast!  The cruise is no more, almost certainly, and the US has 50,000 cases of COVID-19, on track for 100,000 in three days, and by the time April 16 arrives we will undoubtedly be over a million.

Unlike too many of my fellow citizens, I understand exponential growth.  I still find the reality of it hard to grasp, but I am holed up in my bunker, making coffee every morning, for as long as I can.

Home of a permanent exhibit on the history of the Nazi movement in Germany.  Originally it was to be the “Congress Hall” for the Nazi rally grounds, but it was never completed:

It was consciously modeled on the Roman Colosseum.  Here is a view of the unfinished interior:

Like a number of Nazi constructions, it was done very hastily.  Note the random mixture of bricks:

The Nazis took over Germany in what seems like an inexplicably short time.  The party started around 1920; in 1933 Hitler was named Chancellor by von Hindenberg, and in within a few years Germany was a totalitarian state bent on world conquest. 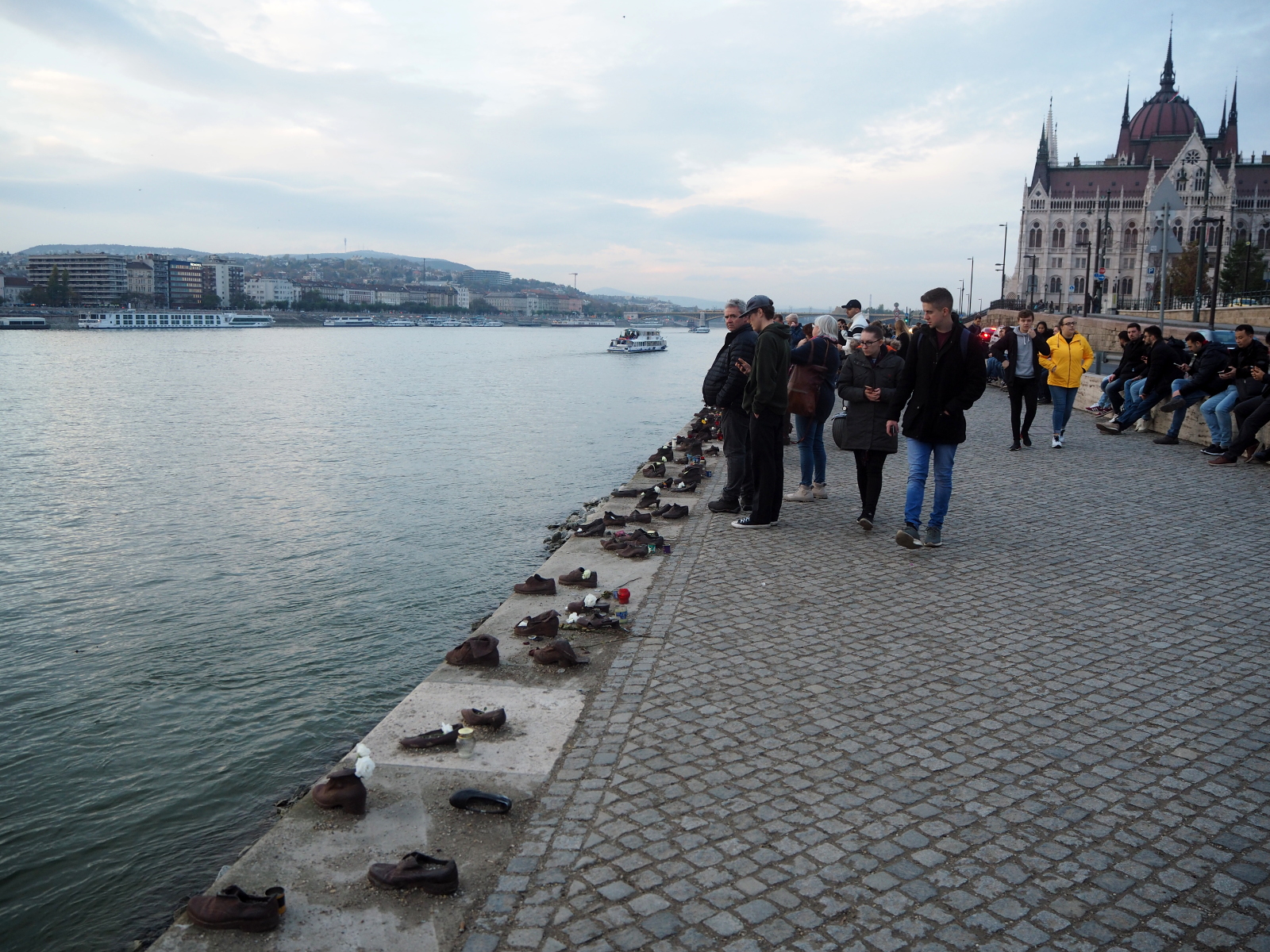 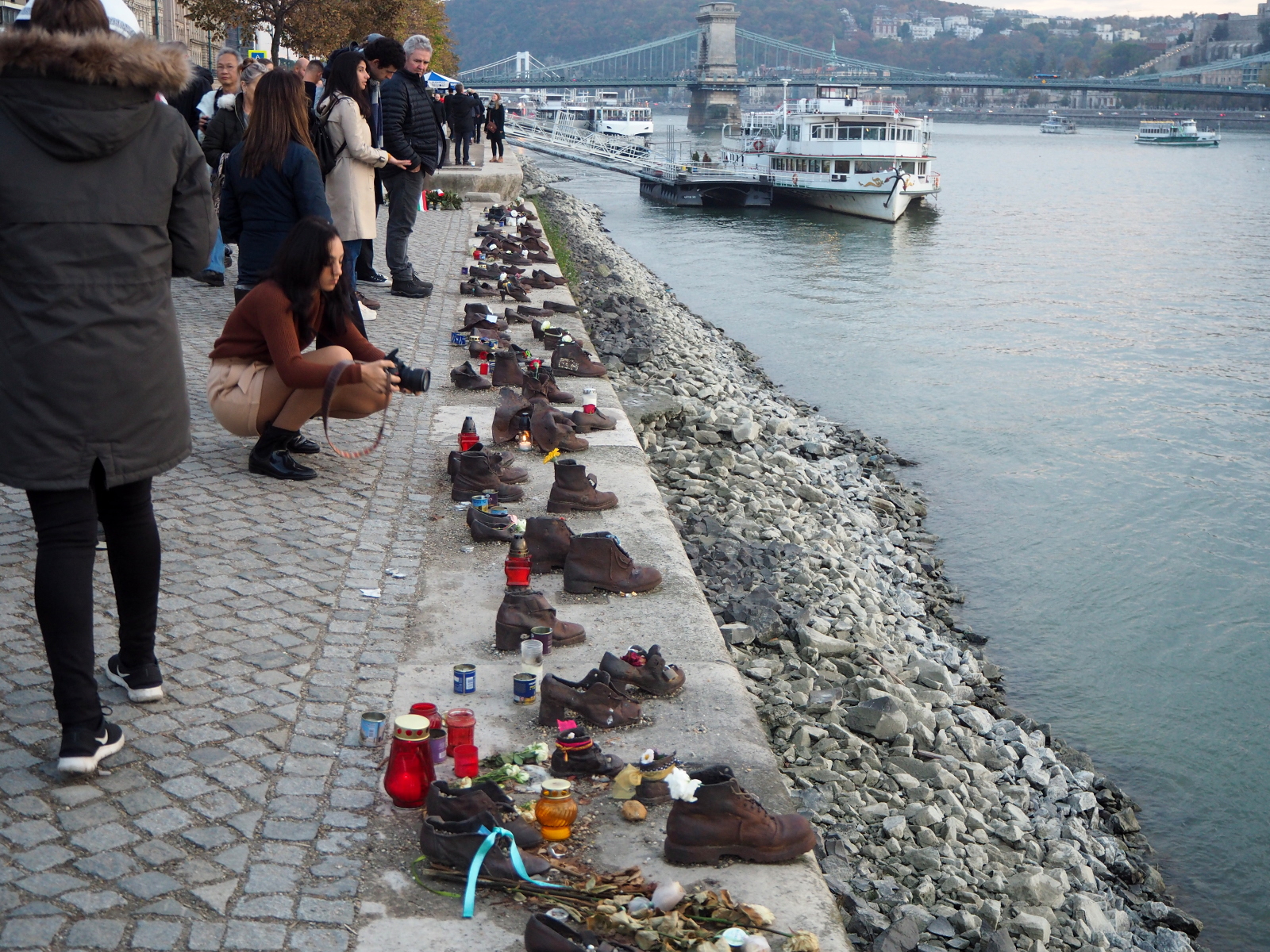 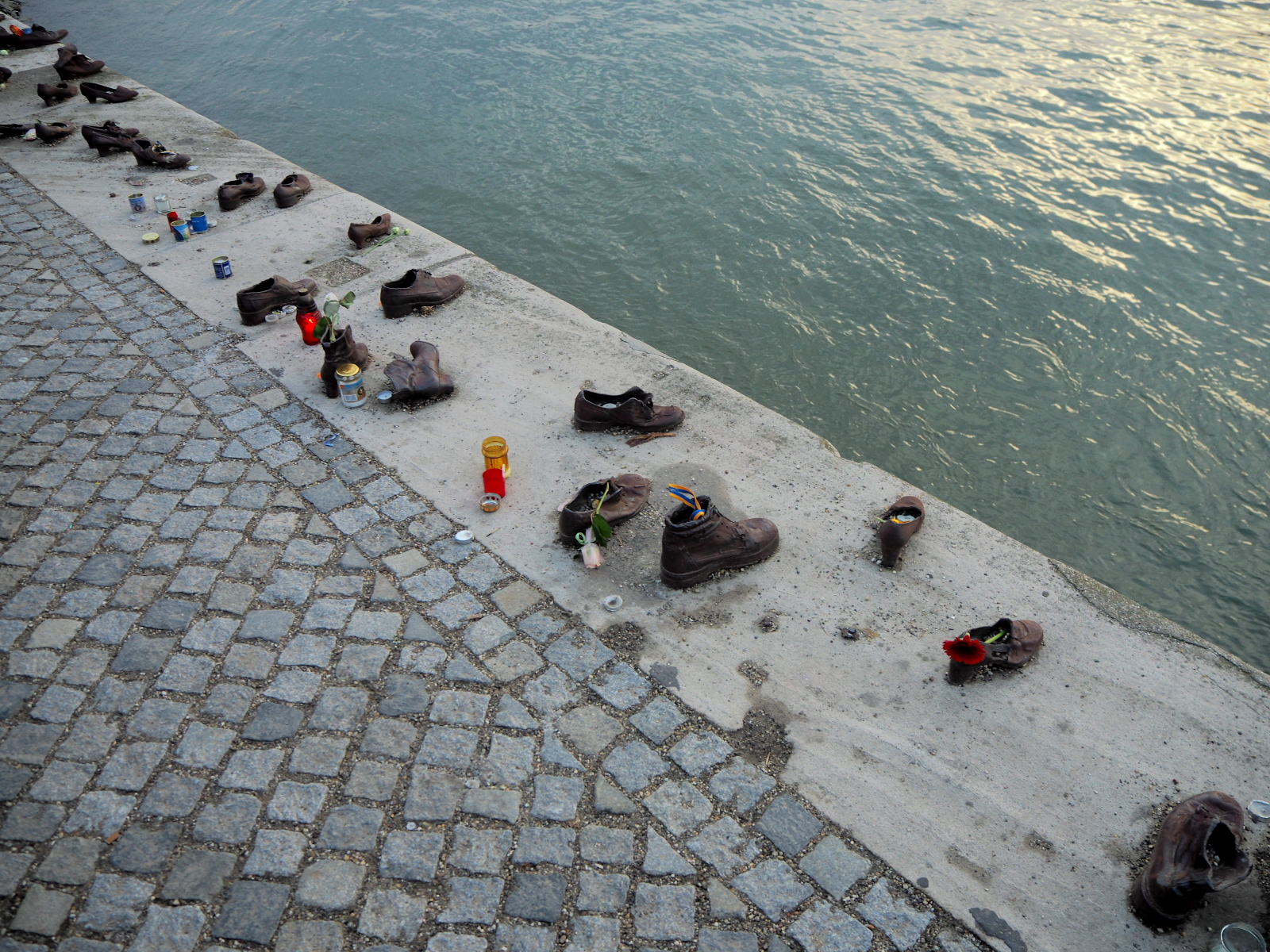 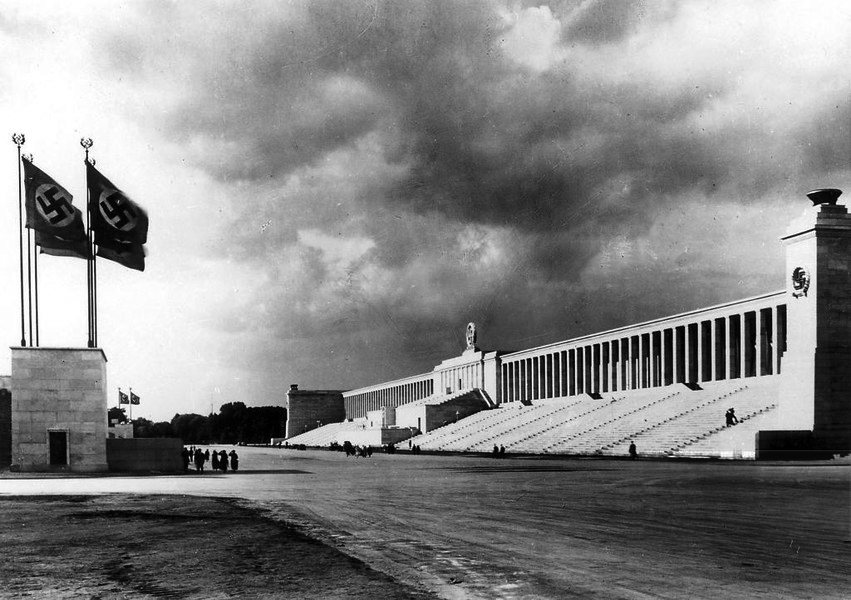 
I have visited Cuba twice now — both visits were very short cruise stops in Havana Harbor,  with group excursions organized by the cruise company that carefully met the requirements of the US State Department. Not enough exposure for profound insight, but enough to show me some of the narrowness of my own world view, and to convince me that US policy towards Cuba is profoundly stupid.

There are two big downsides to living in Cuba, though, that would keep me from living there.

First, the material standard of living is low — if you live in Cuba you don’t have many nice things, and the prospects for getting them are bleak. Infrastructure is old, decaying, or needing repair. Cubans have made an art out of restoring old things — famously, cars from the 1950’s  — and are fantastically resourceful and creative. But you can only do so much with extremely limited means.

Cuba has weathered significant financial shocks that have made this situation sometimes much worse — the collapse of the sugar market, loss of subsidies when the Soviet Union dissolved, and, likely upcoming, loss of Venezuelan oil supports — but unlike many stressed authoritarian states, the well-being of the population seems to have remained a high priority. The leaders seem to adhere to the revolutionary rhetoric of the founders, and maintain at least a pretense of  material equality.

The second downside is  the political system. As a tourist I saw nothing of this, and there is always the possibility of serious misinformation from “official sources” from anywhere.  But what I saw is completely consistent with a population trained to carefully avoid confrontation with authorities.  You do what you are told, and you might as well be cheerful about it…

Why do I say that the US policy is idiocy? The revolution is over and cannot be undone.  But the political system can change, and its leaders are pragmatic. The Cuban people on the whole are friendly to the US, and we and they would benefit from more contact.

This is not a matter of his stated political positions, many of which I agree with on a general level. I just dislike him as a human being…

Bernie, Beto, and the Streisand Effect

If there’s anything I despise more than an attack on the electorate from foreign influence, from right wing media, from corporate mainstream media, it’s a left media figure using everything we know about propaganda and media criticism, distortion and influence, to punch left.

David Sirota was Bernie Sanders’ first office lead in the 90s, when Vermont sent Bernie to DC to mess with Speaker Newt Gingrich’s head. It was David’s first big break in DC from the looks of his VC, and I’m sure that the relationship means a lot.

Right up to New Hampshire, I was pretty gleeful about Sanders’ run. I was really troubled when he hired Tad Devine and displaced his Vermont staff. I defended Bernie with teeth bared when his staff lifted the Clinton campaign annotated voter file (yes, in the modern way of blurring social engineering and hacking, you can call that hacking) and the DNC threatened — quite justifiably — to shut their asses down.

Later I ended up regretting it as the campaign grew more and more anti-community. I imagined another Dean campaign — bottom up, participatory, integrated with the party to the point of taking over the counties, breathing a via positiva of lifeblood into the progressives — to use an abused term? Hope.

What we got was Bernie Bros that presaged #metoo politics, and a level of hostility and lack of civic and political understanding of how political insurgencies work in a two party system that was crippling, all around.

This time, instead of Tad, we’ve got David Sirota as our snake in the garden, the designated whisperer of insinuations to drip poison into ears and divide.

He’s fun. Let me take this apart for you. I’m going to write this up as a reference for fellow journalists. It’s going to be tl;dr, long, opinionated but well documented, and I’m going to add to it over the course of days.

Who the hell is Beto O’Rourke?

I’d heard the name. There’s even some lunatic with Mass plates on my street here in Cambridge who has a Beto bumper sticker. Early adopter, I guess.

But as I’ve written here I’m not favoring anyone at this point in 2020. It’s too early.

Still, the first week in December, I saw retweets of Sirota “exposing” Beto for various insinuated sins against progressive politics. The major charges have been that he has:

Now, I’m going to go through and take these apart in depth with full footnotes, but this preamble is just to explain why this rang such an off note with me.

Voting “with the GOP” means you are not voting party line Democrat. There are lots of reasons for this. One of the most common in recent years is that you live in a rural state. Yo? This is part of how we got the Cheeto.

Plus, Politico has reported that Sanders votes with the Dems about 95% of the time. He has been in office a very long time. I don’t have a full tally, but David has included procedural votes in his 167 that Beto’s joined the evil pachyderms. How many hundreds or thousands more votes has our independent from Vermont registered since the 90s?

David illustrated Beto’s receiving “oil money” from the CEO of a small business in Texas. Right SIC code, $2700 donation. Instructed people to decide what they thought of it — after framing that we can’t afford more money in politics supporting global warming that is going to kill us all. Nice.

Remember, this stuff pretty much starts with Stalin, and he was a lefty. We’ve all studied him.

The example he uses is a guy who is a long time Democratic donor, the widower of a Human Rights Campaign activist. The two men were married in the Unitarian Universalist church. Now he’s raising two kids as a single dad.

I honestly doubt he was buying Beto’s vote for big oil.

Beto’s a Texas politician. Over 375,000 people in Texas fall directly under the oil/gas SIC code, and more — likely millions — in the many industries that support and profit from the extraction and refining.

What is Bernie afraid of?

I’m not the only one — probably not even the only one who didn’t know crap about Beto — for whom David Sirota is managing to bring a spotlight to the Texan and shade to the Vermonter with his tactics.

This is the scariest article I’ve read in a really long, scary, time.

“(It’s easy to read that number as 60 percent less, but it’s sixtyfold less: Where once he caught 473 milligrams of bugs, Lister was now catching just eight milligrams.) “It was, you know, devastating,” Lister told me. But even scarier were the ways the losses were already moving through the ecosystem, with serious declines in the numbers of lizards, birds and frogs. The paper reported “a bottom-up trophic cascade and consequent collapse of the forest food web.” Lister’s inbox quickly filled with messages from other scientists, especially people who study soil invertebrates, telling him they were seeing similarly frightening declines. Even after his dire findings, Lister found the losses shocking: “I didn’t even know about the earthworm crisis!”