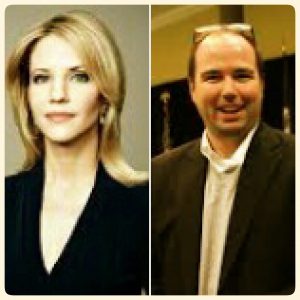 “I’ll make sure that no one, NO ONE, ever speaks to you again!” Oh don’t be so charming, chubby beaver!

You see, flailingly unhinged threats, are exactly how to denote your excalmatory emotions if you’re the guy who’s tasked with speaking on behalf of the numerous numerous skeletons in the empty and echo filled closet that is Rex Tillerson’s State Department. Now, for a guy who’s worked in the field of public communications for most if not for all of his adult life, Rex Tillerson’s hatchet man and guy voted most likely to go for a third helping of apple strudle pie at the State Department’s annual all-you-can-eat buffet, RC Hammond is beginning to sound rather far-aways and increasingly out of his depth when it comes to fielding tetchy and thorny queries from nosy members of the fourth estate. And it was amazing how RC Hammond who’s also affectionately known as chubby beaver to those nearest and dearest in the field of international diplomacy, it was amazing how RC most recently brought down on a poor journalist’s head such verbal excruciation as,”WE DON’T THINK YOU’RE SMART ENOUGH TO HANDLE OUR INFORMATION!” Such road rage I tell ya, such road rage! And all because Michelle Kosinski in the course of her journalistic duties, wanted to know why RC Hammond’s creaky information machine was showing itself to be a Dodo, especially when it came to responding to reporters’ e-mails and other assorted questions directed at the truly Einsteinian RC Hammond. And it’s telling how a reactive State Department, which department by the way has became reactive rather proactive, mainly because no one can get ahead of unpredictable behaviour like an American president who perceives nothing pernicious at all in spilling his guts to the chief Russian spy in Washington who also happens to moonlight as Russian ambassador to Washington from time to time, it’s telling therefore how this current State Department under its current Secretary of State can’t seem to get out of its own way for trying. Still, even for an administration that’s clearly and demonstrably falling over backwards to defy all previous convention that goes to the smooth functioning of government, a State Department Communications Adviser who demands that a journalist reveal to him the name or names of alleged “moles” within the State Department or risk losing whatever shred of credibility that she should always aspire to maintain in the eyes of the unethical, such a State Department Communications Adviser is either being deliberately obtuse or is being deliberately sinister, none of which augurs well for a country’s relations with the outside world, particularly seeing as how the State Department now clearly sees itself as the perfunctory propaganda machine of an administration rather than seeing itself as the country’s first line of defence in the ever escalating war between major powers for hearts and minds worldwide.