In my previous post I said that Mars actually appeared as a tiny sphere.  Here is a much enlarged portion of that image — it’s not much to look at, but I’m tickled that it doesn’t appear to just be a diffraction pattern from a point source of light…

In the original, if you zoom in so that pixels are individual squares, Mars actually is a discernible sphere.

Yesterday was the first time it was visible, after three days of bright clear days followed by early evening overcast.

There are many thousands of photos of this comet, most of them better than this.  It’s a personal momento.

Take a look at this beautiful data visualization by Antti Lipponen. It shows the average monthly temperature anomalies arranged by country from 1900 to 2016 with a base period of 1951 to 1980. A quite impressive visualization of climate change.

This NASA Earth Observatory article on global warming is answering some of the most asked questions:

If you yourself or friends have doubts about climate change, I also recommend to watch this video, addressing some common misconceptions: 13 Misconceptions About Global Warming http://youtu.be/OWXoRSIxyIU

Peering deep into the core of the Crab Nebula, this close-up image reveals the beating heart of one of the most historic and intensively studied remnants of a supernova, an exploding star. The inner region sends out clock-like pulses of radiation and tsunamis of charged particles embedded in magnetic fields.

The neutron star at the very center of the Crab Nebula has about the same mass as the sun but compressed into an incredibly dense sphere that is only a few miles across. Spinning 30 times a second, the neutron star shoots out detectable beams of energy that make it look like it’s pulsating.

The NASA Hubble Space Telescope snapshot is centered on the region around the neutron star (the rightmost of the two bright stars near the center of this image) and the expanding, tattered, filamentary debris surrounding it. Hubble’s sharp view captures the intricate details of glowing gas, shown in red, that forms a swirling medley of cavities and filaments. Inside this shell is a ghostly blue glow that is radiation given off by electrons spiraling at nearly the speed of light in the powerful magnetic field around the crushed stellar core.

When this “heartbeat” radiation signature was first discovered in 1968, astronomers realized they had discovered a new type of astronomical object. Now astronomers know it’s the archetype of a class of supernova remnants called pulsars – or rapidly spinning neutron stars. These interstellar “lighthouse beacons” are invaluable for doing observational experiments on a variety of astronomical phenomena, including measuring gravity waves.

Observations of the Crab supernova were recorded by Chinese astronomers in 1054 A.D. The nebula, bright enough to be visible in amateur telescopes, is located 6,500 light-years away in the constellation Taurus.

A geyser is the result of high-temperature steam rising up from cooling magma beneath, which causes an eruption of water.

Eruptions usually occur with intervals of between 5-10 minutes and involve a single burst reaching a height of up to 30 meters, although occasionally up to 5 bursts in relatively quick succession are observed. Prior to eruptions, the pool is full and gently pulsates up and down. The eruption commences when a pulse of steam rising from below pushes the water in the pool upwards forming a large dome (or bubble) of water through which the steam bursts and expels much of the water in the pool skywards. 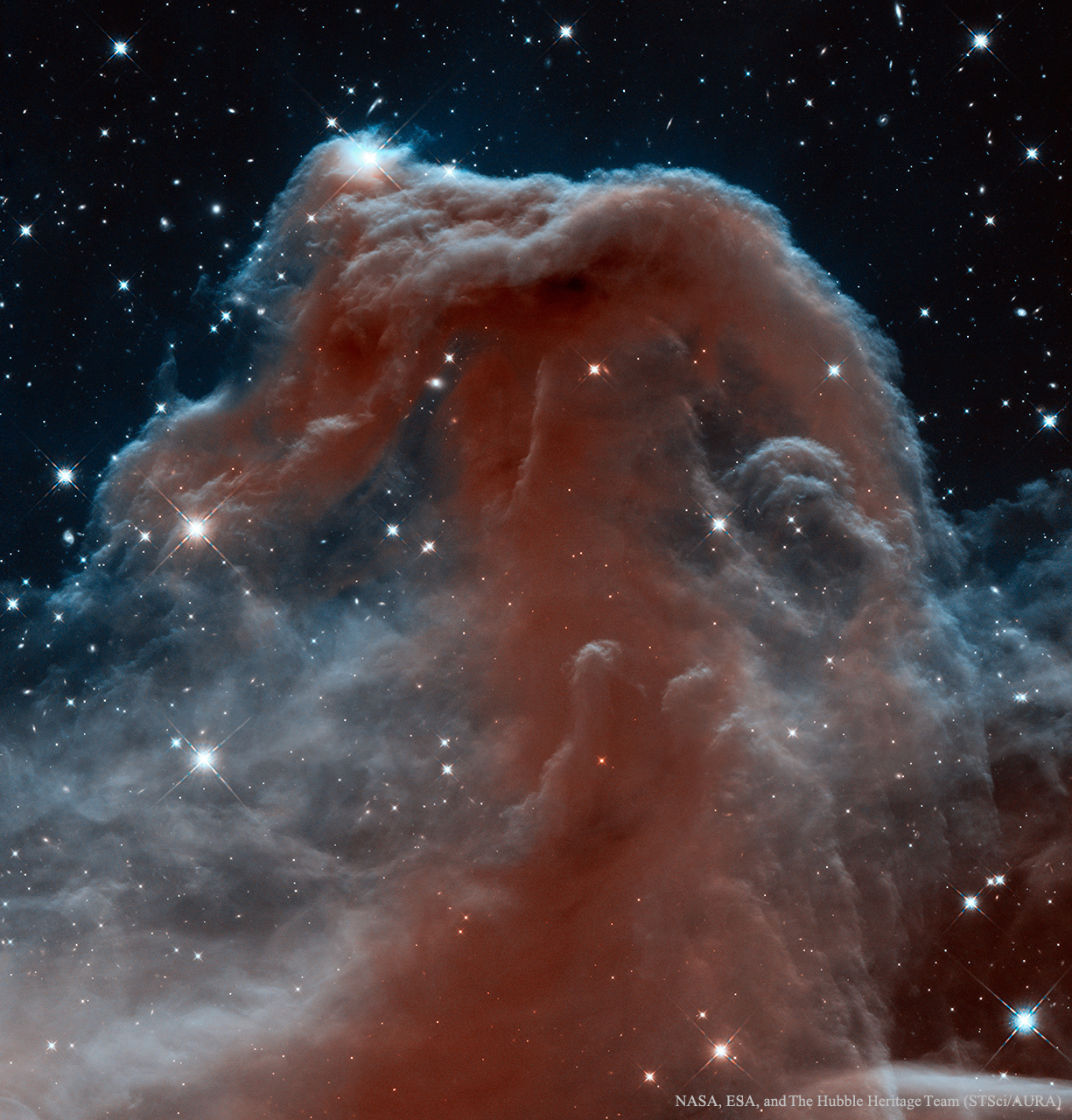 “The Horsehead Nebula in Infrared from Hubble ” is NASA’s Astronomy Picture of the Day:

A counterclockwise zoom and rotation sequence of the Helix Nebula. The Hubble’s Advanced Camera for Surveys image of the Helix Nebula reveals thousands of comet-like filaments embedded along the inner rim of the nebula that point back towards the central star.

► The animation below comes from a NASA video “Move across Helix Nebula”, that you can watch here>>

Helix Nebula, also known as NGC 7293, located at a distance of about 700 light-years in the constellation Aquarius, is one of the nearest planetary nebulae to Earth.

This bright and large planetary nebula was discovered by Karl Ludwig Harding, probably before 1824.

It is similar in appearance to the Cat’s Eye Nebula and the Ring Nebula, whose size, age, and physical characteristics are similar to the Dumbbell Nebula, varying only in its relative proximity and the appearance from the equatorial viewing angle.

The Helix Nebula is an example of a planetary nebula, or ‘nebula’ formed at the end of a star’s evolution. Gases from the star in the surrounding space appear, from our vantage point, as if we are looking down a helix structure. The remnant central stellar core, known as a planetary nebula nucleus or PNN, is destined to become a white dwarf star. The observed glow of the central star is so energetic that it causes the previously expelled gases to brightly fluoresce.

The Helix Nebula was also the first planetary nebula discovered to contain cometary knots. More than 20,000 of them are estimated to be in this interesting nebula. Their origins are still not well understood.